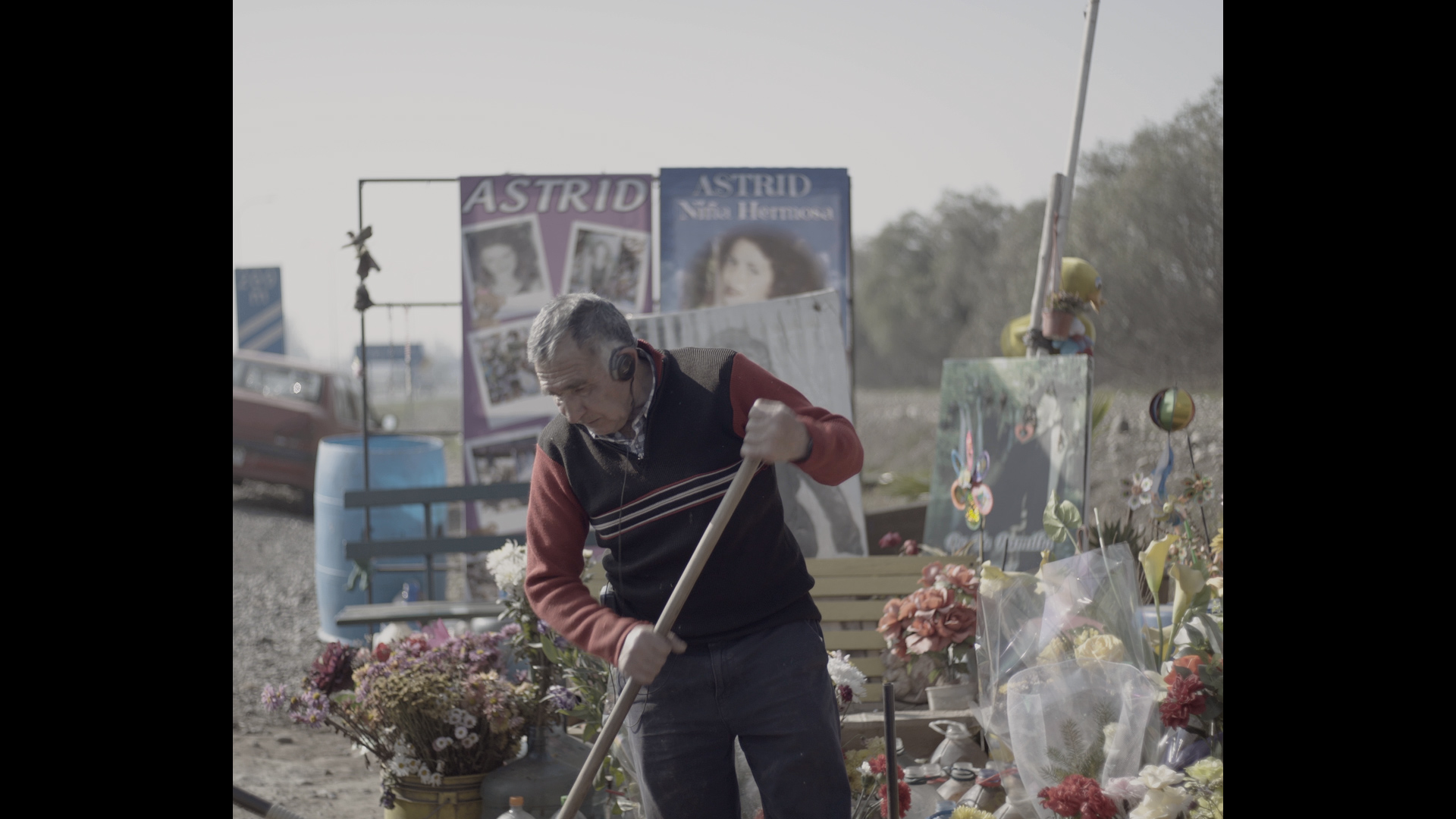 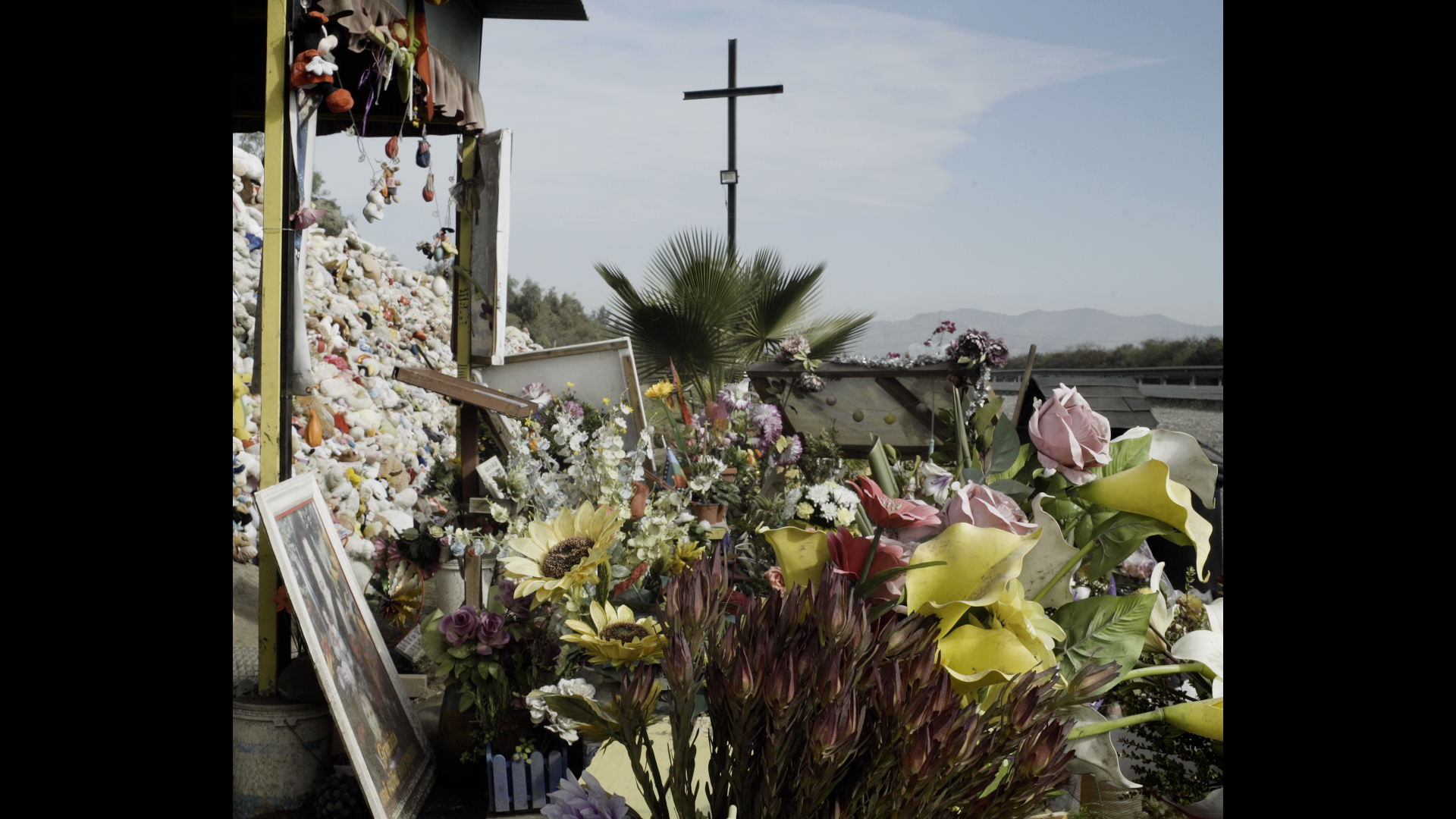 Sebastian Salfate’s Niña Hermosa opens with the familiar white noise of vehicles in motion. The first and final image glimpsed is ruta cinco, a highway that connects Santiago with San Antonio; here, the road is simultaneously the central character, antagonist, soundtrack, and host of Salfate’s film, which chronicles, over four years, a single animita—a type of shrine dedicated to tragic deaths.

More than two decades ago, 18-year-old Astrid Soto rode her motorcycle along ruta cinco. She died on the highway after colliding with a truck; her father, who was driving in her wake, bore witness to the scene. The horrific nature of this accident contributed to a kind of mythic aura around Soto’s death. This phenomenon is reflected in the roadside animita documented in Niña Hermosa: what began as a humble commemorative act has evolved to become a towering structure of stuffed animals, cosmetic items, flowers, and images of Soto accruing dust and debris against an endless orchestra of traffic noise.

In his film, Salfate considers material manifestations of love, loss, and popular religion in public space. Following theorists such as Aesthetic philosopher Claudia Lira Latuz, Salfate situates Soto’s animita as a syncretic practice, an intersection of pre-Columbian and Catholic desires to be close to death and its purifying potential. Soto is not a martyr, but her idealized spectre exists in perpetuity through her shrine, a shared symbol maintained by self-appointed custodians. This communal experience of grief is further intensified by the intention of the Chilean government to expand the highway, which will require relocating the site—effectively enacting another tragedy as it compels mourners and audience members alike to reflect on whether a non-site-specific animita can hold the necessary symbolic power.